Lennart Crain is a Corporate/M&A and Private Equity partner at AKD who specialises in private and public M&A transactions, including auction sales, public bids, complex disentanglements and leveraged buyouts. He has a great deal of experience with transactions for financial institutions and private equity, and in the TMT, industrial and real estate sectors. He regularly works with leading international law firms on multi-jurisdictional deals. Lawyers and insurers consult him regularly in the field of W&I insurance.

Lennart's financial knowledge, which he acquired during his MBA at Columbia Business School, enables him to translate financial aspects into a deal strategy, negotiations and transaction documents. Clients appreciate the combination of his helicopter view and attention to detail.

His work is recognized by the international rankings Legal500 and IFLR in the fields of M&A and Private Equity, where his financial expertise is credited over the years. Sources describe him as “skilled”, “very responsive, knows what he is talking about” and “has deep knowledge of both legal and financial matters”.

By way of pro bono work Lennart served in Kosovo, after the declaration of independence from Serbia, as visiting attorney for the Legal Unit at the International Civilian Office and EU Special Representative.

He is recommended by the international rankings Legal500 and IFLR in the fields of M&A and Private Equity, with the following quotes from sources: “consistently outstanding", "bright, hardworking, efficient, and creative”, “has deep knowledge of both legal and financial matters”, “smart and sharp”, “good negotiator”. 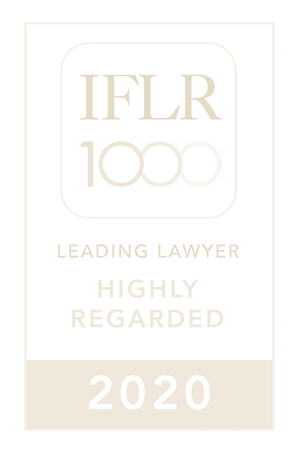 Based on this registration, Lennart is required to obtain ten training credits per calendar year in each registered principal legal practice area in accordance with the standards set by the Netherlands Bar.

IFLR1000 2021 announced: great achievements in Belgium, the Netherlands and Luxembourg!

Congratulations to all our ranked colleagues!

END_OF_DOCUMENT_TOKEN_TO_BE_REPLACED

AKD has advised Vitec Software Group on the acquisition of ABS